The Demise of the (Inter) State

I am quietly observing that scientific literature followed by the mass media have slowly left using the term 'international' and substituting it with 'global'. The substitution is motivated by the fact that we live in an ever-increasingly interconnected world where nationality becomes less of an issue, or made to be, when it comes to collectively moving to a mutual objective.

Global modernisation, if you will.

But when it comes to national integration and moving towards a national goal (orang kaya mbok ya sedekah ya), then the irrational fraternity to help our kind is also needed.

And the list goes on to more micro aspects. Religion, ethnicity, neighbourhood.

If the purpose is to help people, does it even matter?

It's not the exclusivity, it's the aspect that needs emphasising to motivate the goodness in all of us. The question is: how do we do this without exploiting or promoting ethnocentrism?

Hmmm.
Posted by Inaya Rakhmani at 10:19 am No comments: Links to this post

The Years of Living (Not So) Vicariously

I was browsing through my 2005-2007 digital photo album and I found myself involuntarily smiling to myself. As life gets more saturated with routines, errands and responsibilities - those years always, always bring a smile to my face. The days of adventure and building a strong friendship with the life partner I call my husband, traveling and studying and learning new languages and culture and adjustments... The list goes on.

I feel so blessed to have experienced so much. And with my bestfriend. Growing up far away from home. Seeing places and people I would otherwise only have the courage to read about in books and see on the discovery channel.

And to write this short blogpost as I watch my son sleep is priceless.

Life is about the choices we make and what is yet to come. I am glad of the choices I had made and hope it would make me wiser to decide better of those to come.

With love to Arya. 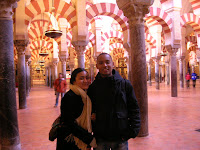 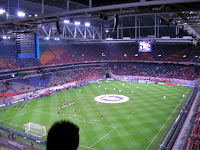 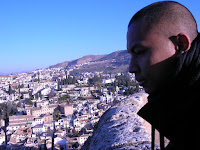 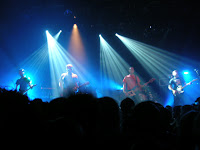 Posted by Inaya Rakhmani at 8:54 pm 3 comments: Links to this post

Speechless.
Posted by Inaya Rakhmani at 6:59 pm 3 comments: Links to this post